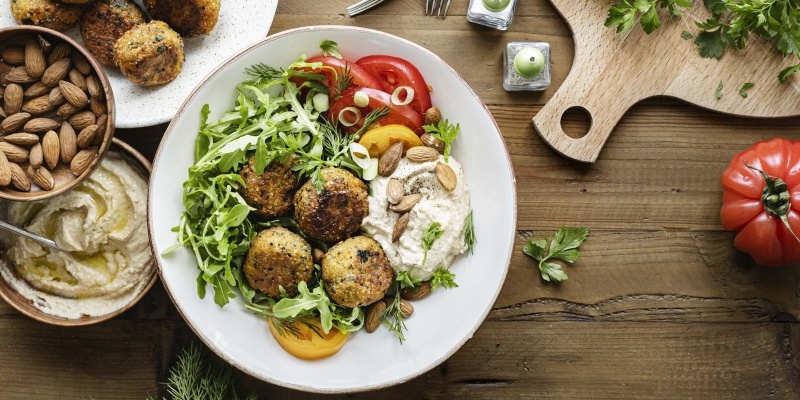 Global Vegetarian / Vegan Diets and Potential of layered simmering for Vegans In the United States, the population of vegans who consume only plant-based foods is estimated to have grown six-fold in recent years, particularly in urban areas like New York and Los Angeles Many restaurants offer vegetarian menus. The vegetarian food population is increasing dramatically in other Western developed countries, and restaurants specializing in vegetarian food and vegetarian supermarket parts can be found in various places unimaginable in Japan. From there, we will present the real situation regarding vegetarian and vegan food abroad, and also explain the possibility of simmering in layers. In the United States, where the vegan population is increasing by 500%, especially in the younger generation, and the population of vegetarian practitioners is also increasing significantly. Vegans and vegetarians are especially prevalent in the younger generation, with about half of vegetarians in the United States under the age of 35. In addition, there is data that 30% of people think it is better to have a vegetable-based diet with reduced meat consumption, and it is possible that the current momentum will continue to accelerate at the same time. over the next few years. . In Germany, around 10% of the total population is vegetarian, making it one of the top vegetarian countries in the world. In[…続きを読む]

This website uses cookies to improve your experience while you navigate through the website. Out of these, the cookies that are categorized as necessary are stored on your browser as they are essential for the working of basic functionalities of the website. We also use third-party cookies that help us analyze and understand how you use this website. These cookies will be stored in your browser only with your consent. You also have the option to opt-out of these cookies. But opting out of some of these cookies may affect your browsing experience.
SAVE & ACCEPT